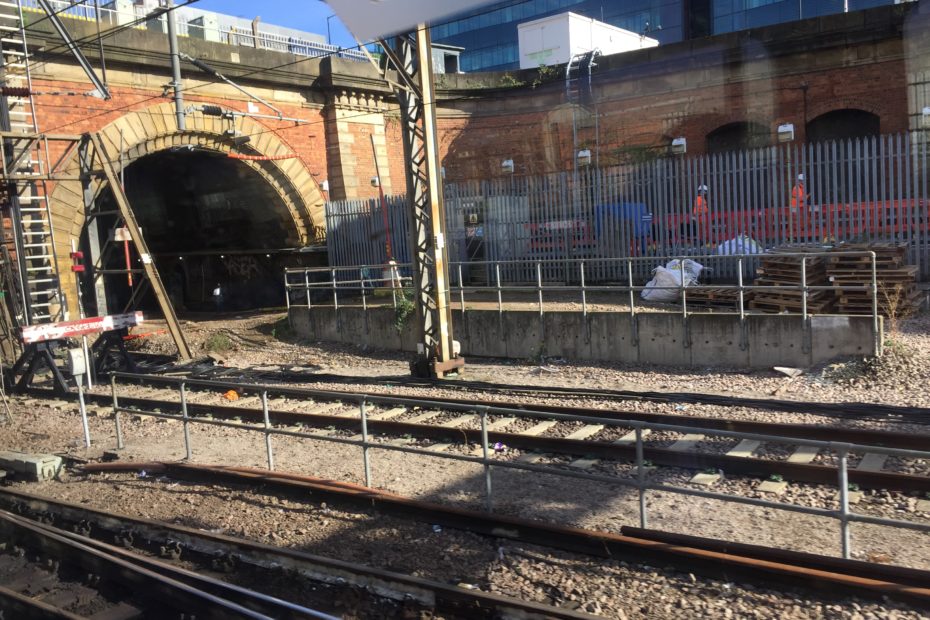 The Gasworks Tunnel, East Bore, which has been out of service for decades, is located just outside London’s King’s Cross Station. The slab track system is Slab Track Austria (STA) and LVT Standard at the crossover.

Just outside London’s King’s Cross rail station, there are 3 tunnels, the so-called Gasworks tunnels. The eastern tunnel (East Bore) was activated again after several decades, during which it was not in operation for railways. The tracks in this tunnel were designed as a slab track, System SlabTrack Austria (STA). Only the crossovers were made in the LVT standard track system. Transitions to the tracks in ballast were arranged outside the two tunnel portals.

Schembera Consulting ZT was acting as consultant for the general planning of the slab track STA and the LVT crossover. In addition, we were also responsible for checking the slab track design, switches and crossings, track slabs with derailment protection, the track slabs with softer bearings, the load distribution plate in the area of the tunnel portals, and transition areas to the ballasted track.